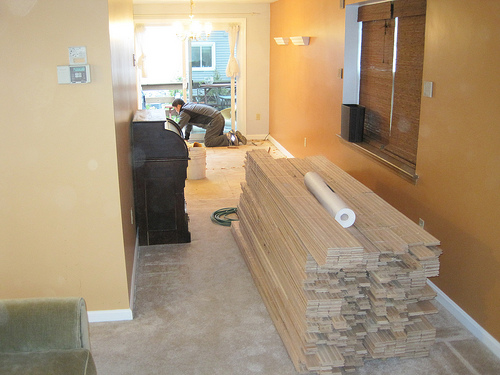 A home remodeling company does some plumbing work and a fitting breaks, causing extensive water damage to the original hardwood flooring.

In the above claim, depending on the timing of the PD, an ISO CGL policy would cover the damage to hardwood flooring because neither of these exclusions would apply:

j.(6)
That particular part of any property that must be restored, repaired or replaced because “your work” was incorrectly performed on it.

l.
“Property damage” to “your work” arising out of it or any part of it and included in the “products-completed operations hazard”….

The key wording in these exclusions is “your work” which is defined to include “Work or operations performed by you or on your behalf; and…Materials, parts or equipment furnished in connection with such work or operations.”

In this claim, only damage to the actual plumbing work performed would be excluded. But let’s change the factual scenario as follows:

I do not know the answer to that question and I’m not familiar with any case law that has addressed it. If you are, let me know about it and I’ll update this article. When policy language is in doubt, hopefully logic will rule the day and logic would dictate in scenarios like this that damage to prior work not involving any faulty workmanship with that prior work should be covered.

Shortly after posting this article, I got an email from Ryan Maxwell, a law clerk with Hurwitz and Fine law firm in New York. Ryan provided the NH court case below that provides a basis for Exclusion L. in the ISO CGL policy NOT applying to completed operations involving work performed in the past by the insured. Below is an excerpt from Ryan’s email and the explanation from the court.

Although it does not appear to address the j.(6) exclusion in your standard CGL explicitly. It does relate specifically to the limits of “your work” with respect to previously completed work. Although the majority of the support is found in the “products-completed hazards” language of exclusion l. the court does find additionaly support in the definition of “Your Work” itself, so it would apply to both j.(6) and l. excusions: “Your work” explicitly includes “[w]arranties or representations made at any time.” This “at any time” language is conspicuously absent from the first portion of the definition—“work or operations performed by you.” Had Concord Group intended “your work” to mean work performed at any time without regard to completed jobs, it could have included that language in the relevant part of the definition.

“The interpretation of insurance policy language is a question of law, which we review de novo.” Webster v. Acadia Ins. Co., 156 N.H. 317, 319, 934 A.2d 567 (2007). “Our analysis necessarily begins with an examination of the policy language.” Id. “We construe the language as would a reasonable person in the position of the insured based upon a more than casual reading of the policy as a whole.” Id. “Policy terms are construed objectively; where the terms are clear and unambiguous, we accord the language its natural and ordinary meaning.” Id.

“Property damage” to “your work” arising out of it or any part of it and included in the “products-completed operations hazard.”

The policy defines “your work” as “[w]ork or operations performed by you or on your behalf” and “[m]aterials or equipment furnished in connection with such work operations.” It also includes “[w]arranties or representations made at any time with respect to the fitness, quality, durability, performance or use of ‘your work.’ ” Thus, the “your work” exclusion is triggered only if (1) the damage at issue is to work performed by “you” and *526 is caused by work performed by “you,” and (2) the damage is included in the “products-completed operations hazard.”

The policy defines “products-completed operations hazard,” in relevant part, as:

[A]ll “bodily injury” and “property damage” occurring away from premises you own or rent and arising out of “your product” or “your work” except:

(2) Work that has not yet been completed or abandoned. However, “your work” will be deemed completed at the earliest of the following times:

According to this language, damage falls within the “products-completed operations hazard” only if the damage is to work that has been completed, as defined by the clause. See Mosser Const., Inc. v. The Travelers Indem., 430 Fed.Appx. 417, 418 (6th Cir.2011). Therefore, the second requirement of the “your work” exclusion requires the work to be completed.

This leads to the conclusion that “your work” does have a limitation in that it contemplates discrete jobs that have an endpoint. Indeed, the policy provides a detailed explanation of when “your work” shall be deemed completed. Although this explanation is contained in the “products-completed operations hazard” definition and not in the “your work” definition, it is nevertheless germane to the meaning of “your work” because the “products-completed operations hazard” is an explicit element of the exclusion itself. We thus hold that the “your work” exclusion does not uniformly apply to all work ever performed by “you,” but rather excludes *527 coverage on a job-by-job basis, with individual jobs being demarcated by their completion as explained in the “products-completed operations hazard.” Accordingly, the “your work” exclusion does not necessarily exclude coverage in a situation where an insured’s work causes damage to something the insured had previously constructed. If the previous work has been completed, then it is not part of the “work” at issue—the current work that caused the damage to the previous work—and thus the damage would not be excluded under the “yourwork” exclusion.

This interpretation is supported by the “your work” definition itself. “Your work” explicitly includes “[w]arranties or representations made at any time.” This “at any time” language is conspicuously absent from the first portion of the definition—“work or operations performed by you.” Had Concord Group intended “your work” to mean work performed at any time without regard to completed jobs, it could have included that language in the relevant part of the definition. See State v. McDonald, 163 N.H. 115, 127, 35 A.3d 605 (2011) (“The legislature could have permitted the use of deadly force against any ‘aggravated felonious sexual assault’ by using that term in the self-defense statute. Indeed, the legislature has used the specific phrase ‘aggravated felonious sexual assault’ in other statutes.”). 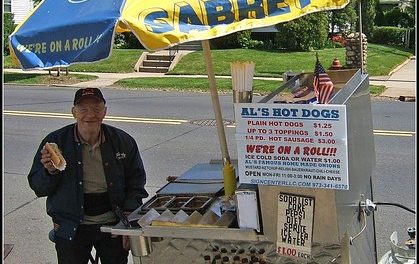 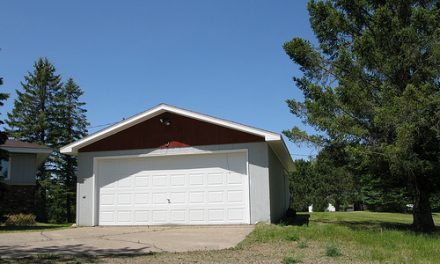 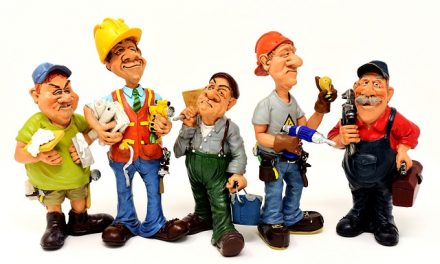